My next interview in the “Outlander- the fans who make it” series, is with Jenny Jeffries, the comedian of the Outlander fandom. I have enjoyed her funny memes, as well as her blog and her Gabeaux tapestry.

My name is Jenny Jeffries, I’m 62 years old, and a New Zealander living in the biggest city, Auckland. (I also go by the tag @sniskybobfry and OutrageousOutlander) According to Ancestry.com’s DNA test, it turns out I’m 84% British (a combination of Welsh, English and Scottish). The rest is pure Viking by my estimation, judging by my bone structure. So my roots are definitely wedged in the hills and byways of the UK. I love New Zealand, though. It has a feel of the wild places and mountains of the Highlands about it, but the light is clearer, the edges more defined, and the sky a rich blue (when it’s not raining).

I was trained as a graphic artist, but veered towards cartooning and illustration as I grew older. My style tends to be more ink blot and rough woodcut, rather than slick. For most of my career, I have worked for myself from my own studio but, lately I have enjoyed finding ways of making a living from doing the things I love. To my surprise, I am nearly at retirement age, but I absolutely love life, and I am finding the balance between making money out of the things that I love doing. I also work three days a week in administration at the University, which I enjoy.

The other thing about me that influences much of what I do: I love to laugh, and I love to make others laugh. A sense of humour is fundamental to living life well.

Honestly, I had never done memes before I read Outlander. For many years, I have made birthday cards for friends and family that feature their own faces in a well-known scene or movie, but until I became part of the Outlander fandom, I had not done it publicly. When I started seeing the first highly-anticipated images from the first series appearing on social media, my imagination slid into gear. My first memes were based on the idea of how ludicrous I would look in those situations. These were my first:

I became so caught up the Outlander world by my sudden involvement in a number of Facebook fan sites, that my natural instinct to design and draw had an immediate outlet. Initially, it was a way of filling in the extra hours I wasn’t working with something I enjoyed doing. Then I discovered how easy it was to put a design on a product and upload it to an online shop, and that really appealed. (https://www.redbubble.com/people/jennyjeffries?ref=account-nav-dropdown&asc=u)

The tapestry came out of a realisation that my own style of cartoon was similar to old woodcuts or tapestry. Here’s the Bayeux Tapestry:

When it occurred to me that Outlander would be a perfect novel to translate into a long tapestry like this one, I started out on a few panels. I did not expect to end up doing the whole book. It only took Diana’s enthusiasm and encouragement to tip me into completing that project. 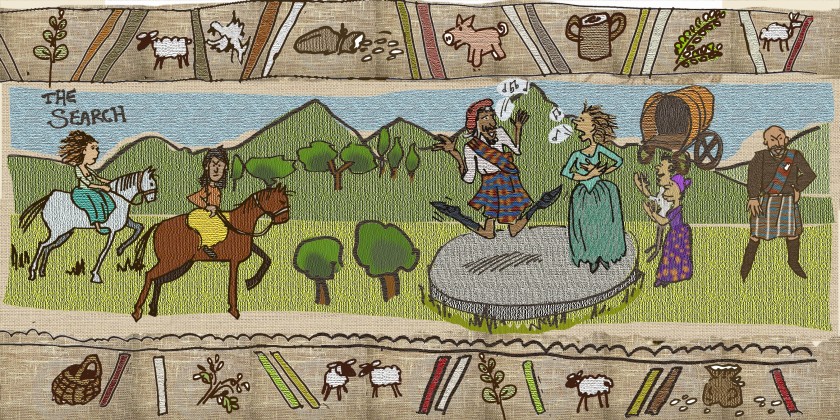 It’s very sporadic. Some days, none at all. Most days, I just keep an eye on Social Media and respond if time allows. I usually listen to the audiobooks on the bus to and from work. Twice a week, I spend an hour in the evening making a new meme and putting it up. And lately, I’ve spent two days a week completing my Gabeaux Tapestry and putting it online – of course, now that that’s done, I’ll have to think of a new idea. I’ve also spent months in between times writing up my travel adventures, which were entirely prompted by Outlander.

I LOVE that my involvement with Outlander has opened up opportunities I never would have had otherwise: to make friends, to stretch my creative abilities, to travel and meet  other fans. I cannot remember what I did before I read Outlander and became immersed in its world. I must have sat at home knitting! The books will ever be my favourite, although the show has captured – better than I would have thought possible – the spirit of the books. It has also opened up an interest in my Scottish roots and prompted two  trips back there and two travel narratives I’ve written. 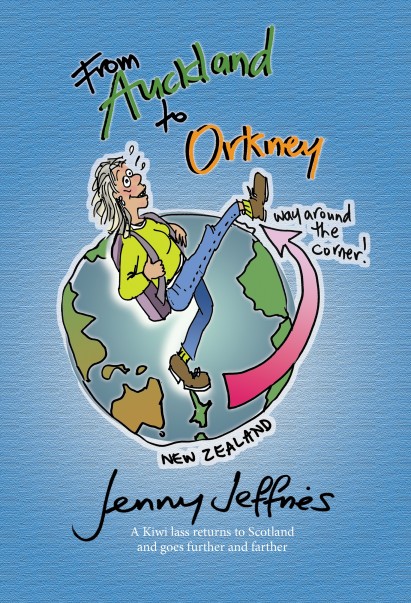 I know that there are people who are obsessive about the show and the actors. . . that can swing into negativity and trolling, and cause some hefty disturbances in the fan groups. I tend to avoid those vibes if I can. If I disagree with someone, or see too much of Jamie’s butt in photos (for instance), I just unfollow or stop notifications. I’m on Social Media for the positive, friendly aspects of it, and there are ways of avoiding the rest.

It’s a toss-up between Jamie and Claire. You can’t have one without the other. Claire is far more pragmatic and practical than I, but she is someone to identify with and admire, and is real in the sense that many of my book heroines of the past have been elusive and out of reach. I AM her as I reach for the stones and find myself out of my depth and in a strange place. I wish I was her as she reaches for Jamie’s dislocated shoulder and knows just how to twist it back into place.

Jamie is the embodiment of that counterpart for Claire – and perhaps the closest description of a very real, and honourable, man, that we could all appreciate. Many people recognize in Jamie, their own husbands. I, who do not have a partner, can look at him and have an appreciation of what a very good one would be like.

I would say as a direct result of Outlander, I have traveled more, met more people of like kind: loving reading, Scotland, history, and with great humour. My hours are full of ideas spun out of the world of Outlander, and my creative energies have found a seemingly inexhaustible outlet.

In a word: Yes. I was on Twitter, but had hardly tweeted until I found the Outlander fandom. I was on Facebook, but didn’t want to swamp my friends and family with Outlander, so I started the OutrageousOutlander page, and found that my personal page got swamped anyway. I love the wonderful range of friends I have made from around the world, because of these books and show. This fandom is full of women just like me:  my age, loving Scotland and the Highlands, lovers of history and genealogy, readers and lovers of life. I struggle to control the amount of time I spend on the fandom, because I also have a life apart from it, and don’t want to lose that. It’s important to me to LIVE the life I have as well and not lose myself online each day.

I have been fortunate to meet Graham McTavish twice, because he lives here in New Zealand. I met Grant in Edinburgh after his show in 2015. I also met Ron Moore and Terry Dresbach and some of the writers in 2015. Last year I met David Berry in the most relaxed of circumstances – at the Australian gathering of ANZOFs fans in Katoomba, just outside Sydney. We had him amongst us for hours, and he was so approachable and friendly! He even sang to us. Of course, since they head the show, I would love to meet Sam and Caitriona at some point. 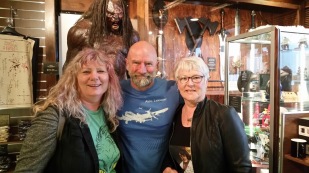 Diana is a very warm and generous person. How she fits in the writing of these huge novels alongside family, traveling and her busy social network online, I don’t know. When she saw in tweets that Rhonnie Brinsdon and I were going to be traveling from New Zealand to Scotland to attend the UK Gathering, she offered to meet us for lunch in Edinburgh on a rare break in her schedule. We were both utterly delighted and got to her hotel early to wait. She was gracious and immediately put us at our ease, and two hours of lunch went by with barely a break in the chatter. I wrote up that encounter in my book ‘From Auckland to Orkney’, but the gist of our conversation with her remains to this day, a bit of a blur. I think the excitement level for me was such that I ‘blathered’ fairly non-stop and suddenly it was time to go. I hope that’s not how Diana remembers it!

The fact that I have a life apart from it! (Ha ha). I honestly stay connected with some crucial friends within the fandom, and keep an eye on what’s happening, but often I’m out on my bike or reading. These days I am traveling whenever I can, and I enjoy actually meeting other fans at Gatherings so I mark the dates of these in, and try and make them.

I intend to go to the Australian get-together just outside of Brisbane in October. It will be a gathering at the ‘Stones’, and I’ll need to brush out my costumes to wear there. The last ANZOFs organized gathering in Katoomba in August last year was terrific and meeting David Berry there was the icing on the cake. 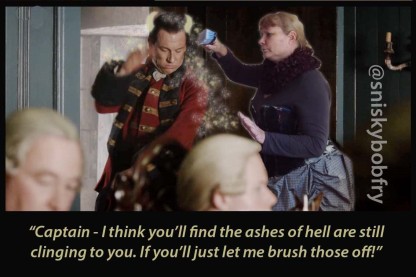