Mayer Rothschild was a dealer in rare coins, whom Jamie and Claire Fraser consulted regarding several types of Roman coins in Paris.

While in Paris in 1766, Mayer is asked to consult with Jared Fraser’s nephew, Jamie Fraser, about ancient Roman coins. Mayer is surprised by Fraser’s request: he does not wish to purchase any coins, but to describe ones he had seen before in order to first identify the coins, then determine who may have purchased or sold such coins in the past. He refers to his family’s record of past buyers, and, since the buyer in question is dead and has been for some years, he decides to break their usual policy of client confidentiality, and reveals that the Duke of Sandringham had bought the same coins of Jamie’s description in 1745.
Just as Mayer is leaving, Claire asks him whether ‘Mayer’ is really his only name, for earlier he had taken issue with Jamie calling him “Mr. Mayer”. He explains that the Jews of Frankfurt are not allowed the use of family names, though neighbors refer to his family by the red shield painted on the front of their house. Claire puts two and two together: this young Jewish man, and her knowledge of the future prominent banking family by the name of Rothschild, or “red shield” in German.

Mayer Amschel Rothschild, written also Anschel, was a German Jewish banker and the founder of the Rothschild banking dynasty. Referred to as a “founding father of international finance,” Rothschild was ranked seventh on the Forbes magazine list of “The Twenty Most Influential Businessmen of All Time” in 2005.

Mayer Amschel Rothschild was born on 23rd February 1744 in the Judengasse, the Jewish ghetto of Frankfurt am Main, Holy Roman Empire, one of eight children of Amschel Moses Rothschild (d. 1755) and his wife Schönche Rothschild (née Lechnich, d. 1756).

The ancestry of the Rothschilds can be traced back to 1577 to Izaak Elchanan Rothschild (Isaac (Isaak) Elchanan Bacharach, zum Hahn), whose name is derived from the German zum rothen Schild (with the old spelling “th”), meaning “with the red sign”, in reference to the house where the family lived for many generations. (At the time, houses were designated by signs with different symbols or colors, not numbers.) The name Rothschild in Yiddish language means Red Coat as in heraldic Coat of arms. His grandchildren and descendants took this name as the family name and kept it when they relocated in 1664 to another house in the Judengasse—Hinterpfann (“[house in] the back of the saucepan”)[5]—which became the family’s home and business location through to the early 19th century.

Amschel’s father had a business in goods-trading ( silk cloth) and currency exchange. He was a personal supplier of coins to the Prince of Hesse. The family home above the shop had a front wall only 11 feet (3.4 m) wide, where more than 30 people lived at that time.

The Jews of Frankfurt were required to live apart from the Christians in a single narrow lane called the Judengasse, or Jews’ Alley. The street was dark, filthy, smelly and overcrowded. The 3,000 Jewish inhabitants were locked into this ghetto on Sundays, Christian holidays, and at night. Frankfurt’s Jews could not enter a public garden, visit a coffee shop, or walk more than two abreast in the street. Although other eighteenth century German cities imposed restrictions on Jews, none were as harsh as those of Frankfurt.

Frankfurt was a major center of trade, with many bankers and wholesale merchants. The city lay at the crossroads of five international land routes and sat on the banks of the Main River, near where it connected to the Rhine. Thus Frankfurt was centrally located to connect countries as far apart as England, Russia and Italy.
Rothschild attended a Jewish school called a heder, beginning at the age of three or four. There he studied the Jewish sacred books, the Torah and the Talmud. By the age of seven or eight, Rothschild and his classmates would have read the five books of Moses in Hebrew and Judendeutsch, a mixture of Hebrew and the Frankfurt dialect. (Frankfurt Jews did not speak Yiddish). Instruction at the heder did not include any secular subjects or German. At home, Rothschild helped with the family business, running errands to other moneylenders and sorting out various coins his father had exchanged for local money.

In 1755, at the age of eleven, Rothschild left the heder and went to study in a Jewish seminary, or yeshiva, near Nuremberg. A few months later, a smallpox epidemic struck the Judengasse. Rothschild’s father died on October 6, 1755; his mother died on June 29, 1756. The orphan returned home to live with relatives.

At the age of 13, Rothschild went to Hanover to serve an apprenticeship with the bank of Wolf Jakob Oppenheim. The Oppenheim’s were court-Jews—bankers who used their family connections across Europe to furnish credit to royalty. Working for them, Rothschild learned how to conduct foreign trade and how to issue or cash bills of exchange, the equivalent of a modern check. In Hanover, he also learned about rare and antique coins and medals, which collectors often bought as an investment. By the age of 18, he was an expert in the field and began to buy rare coins for the collection of General von Estorff.

At the end of the Seven Years’ War, in 1763, Rothschild returned home to Frankfurt. There he joined his brother Calmann’s money-changing business, adding his own specialty to it, the trade in rare coins, medals, curios, jewels, engravings, and antiques. Through this business Rothschild was introduced to Crown-Prince Wilhelm, the future Landgrave (Prince) of Hesse, heir to a huge fortune. In 1769, Rothschild requested of Wilhelm the title of court-factor, or crown agent, meaning that he had done business with royalty. The honorary title allowed Rothschild to hang a shield decorated with the arms of Hesse and Hanau on the door of his house. The title did not allow him any special privileges. Rothschild still could not leave the Judengasse at night or on Sundays. It took him 14 more years to achieve that honor.
On August 29, 1770, Rothschild married Guttle Schnapper, the 17-year-old daughter of a bill broker, moneychanger and court factor to a small principality. The following year, she gave birth to Schonche, the first of their ten children. By 1792, the family had grown to include Amschel, Salomon, Nathan, Belche, Breinliche, Calmann, Julie, Henriette, and Jacob.

By 1784, at age forty, Rothschild was fairly well off. When a larger house became available in the Judengasse, he bought it. The House at the Green Shield contained a water pump, considered to be a great luxury at the time. Behind the house was Rothschild’s counting house with secret shelves in the walls.

In 1785, Crown Prince Wilhelm became Wilhelm IX, the new Landgrave, and the richest man in Europe. Rothschild sold him jewels and cultivated a relationship with Carl Buderus, Wilhelm’s chief revenue officer. Buderus made private investments through Rothschild that returned a handsome profit. Buderus spoke well of him to Wilhelm, who began doing a little more business with Rothschild. His other business dealings were successful. With the help of sons, Salomon and Amschel, the family became a major wholesaler of wool, cotton cloth and flour.

In 1792, troops of the French revolution occupied Frankfurt for a time. Wilhelm could not decide if he should remain neutral in the war between France and the grand coalition of England, Prussia and Austria, or if he should join the coalition. A subsidy of 100,000 pounds from England persuaded him to join the coalition. Rothschild made a profit by discounting the money received from England. His business also included a transportation and forwarding agency. Rothschild contracted with the Austrian army to supply it with wheat, uniforms, horses, and equipment. As a military contractor, he was able to accumulate his first large amount of capital. Rothschild was known for his modesty, good nature, and generosity. He gave charity to all, not just to Jews.

In the mid-1790s, Rothschild became a major importer of cotton cloth from England. At this time he hired a young woman to deal with his German and English correspondence and his daughters helped in the counting house. In 1796, Napoleon’s troops attacked Frankfurt, accidentally setting the Judengasse on fire and destroying half of it, leaving 2,000 inhabitants homeless. The displaced Jews were allowed to live in the Christian part of the city for six months. Although the House at the Green Shield had not been damaged, Rothschild took advantage of the relaxed city laws to rent space for all of his wares outside the ghetto, allowing his family full use of the house. In the same year, he made his three eldest sons partners in the business.
In 1806, Napoleon invaded Hesse in response to Wilhelm’s support for Prussia. The Landgrave went into exile in the Duchy of Holstein, but Rothschild was able to continue as his banker, investing funds in London. He also profited from importing goods in circumvention of Napoleon’s continental blockade.

By the early years of the 19th century, Rothschild had consolidated his position as principal international banker to Wilhelm IX and began to issue his own international loans, borrowing capital from the Landgrave.
As a result of these dealings, Mayer Amschel amassed a not inconsiderable fortune and, in 1810, renamed his firm M A Rothschild und Söhne, establishing a partnership with his four sons still in Frankfurt, (his son Nathan Mayer Rothschild (1777-1836) having already established a business in Manchester and London).
Mayer Amschel Rothschild died on 19 September 1812 in Frankfurt am Main. He was buried at the old Jewish cemetery in Frankfurt, located next to the Judengasse. A park was named after him, and also a street (Rothschildallee). In 1817 he was posthumously ennobled by the emperor Francis I of Austria.
Sources:
http://outlander.wikia.com/wiki/Mayer_Rothschild
https://en.wikipedia.org/wiki/Mayer_Amschel_Rothschild
https://family.rothschildarchive.org/…/21-mayer-amschel-rot…
http://biography.yourdictionary.com/mayer-rothschild 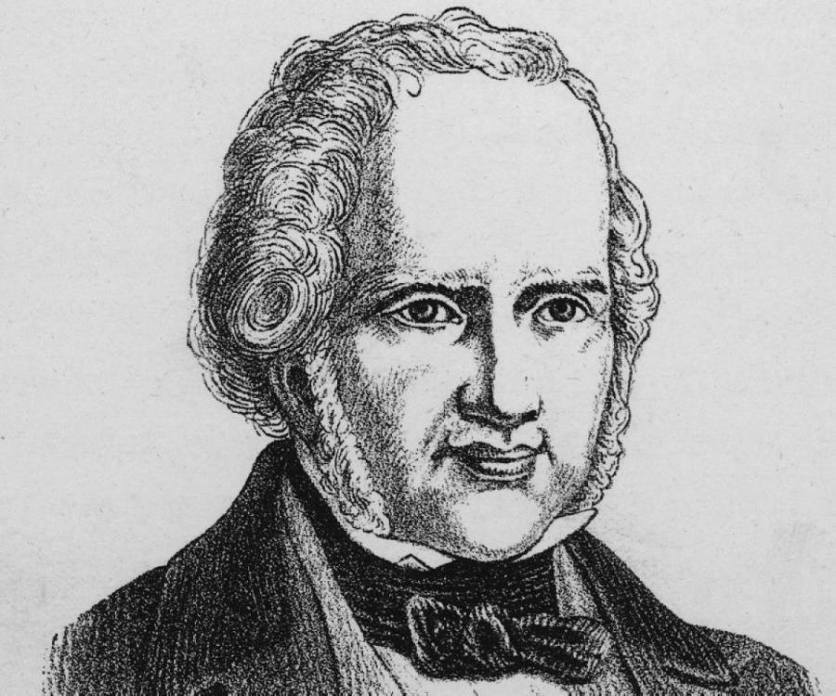